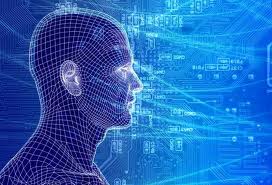 The Breakthrough Healing Science of the 21st Century:
an Accurate, Rapid Testing and Self-Treatment that Really Works

Quantum Reflex Analysis, the union of science-based kinesiological testing, time-proven ancient therapies, systemic analysis of the body’s subtle energy systems (based on acupuncture meridian dynamics), quantum physics discoveries relating to the body’s quantum biofield, and the outstanding nutrition and nutraceutical breakthroughs of the 21st century. This method of assessment, based on scientific principles of human physiology and quantum cellular resonance, is highly effective and reliable.

It’s a testing method that stands heads above others in its ability to reveal what your body needs. It’s a simple and yet profoundly effective system of testing the bio-energetic status of the body’s key organs and glands using a university-proven muscle testing technique on medically accepted acupuncture reflex points. It’s non-invasive and non-toxic to the body so there’s no pain.

How Can QRA™ Help Me?

Using QRA™, we can quickly pinpoint problem areas and determine the precise nutrients and the exact amounts needed to rapidly restore the ideal cellular resonance for that area.

Exciting research over the last 15 years has shown that the outer membrane structure of every cell in the body is a unique, semicrystalline matrix. This means that every one of the trillion plus cells in your body has an ideal resonant frequency, much like a crystal glass that rings its own special note when struck.

This dynamic interaction between the cell and the nutrient creates a highly beneficial, harmonic resonant effect in which the cell is able to ingest not only the nutritional factors but can also absorb the higher resonant frequencies embedded in the nutrient.

Falling Out of Cellular Harmony

The “Seems Good But Isn’t” Hypothesis

The irony of this situation is what we call the “Seems good but isn’t” hypothesis. German research shows that consuming a synthetic or degraded nutrient may initially stimulate the cell’s DNA and initially, produce an enhanced effect – so it “seems good.”

However, their research showed that after initial stimulation, the DNA of the cell then deteriorated faster. So the initial effects of degraded nutrients (such as feeling better, etc.) were actually short-lived and encouraged more rapid aging of the DNA and consequently, of the cell. This is why we call it the “Seems Good But Isn’t” hypothesis.

What is The Quantum Nutrition Effect?

Only “Quantum-State Quality”* phytonutrients are capable of promoting the most rapid shift to ideal cellular resonance for targeted organs and glands in the body, thus helping to achieve a quantum leap to great health.

Together, the effect of truly synergistic (genuinely compatible) nutrients is far greater than the sum of their individual benefits by a factor of 2 to 100-fold or more: The Quantum Nutrition Effect (QNE).

Example: the total antioxidant value for Lean-Body Whey™ exceeded the sum of its individual antioxidant components by a factor of 2 (measured by an advanced, independent British laboratory capable of assaying fat and water-soluble antioxidants simultaneously – not available in the U.S.)

*These are highly unique in that they are from “once-living” sources which have been exquisitely well-grown in fertile soil with clean air and pure water without the use of pesticides, herbicides or fumigants and naturally fertilized without the use of commercial, synthetic fertilizers.

They are free of non-nutritive or toxic additives such chemical additives, preservatives, flowing agents, binders, glues or other toxic tagalongs. They are harvested at peak potency, then stored and packaged under ideal conditions before consumption.

The only nutrients on earth truly capable of allowing the body to regain and sustain its ideal cellular resonance are those that were once living and were grown under ideal conditions, then harvested at peak potency and lastly, stored and packaged in a toxic-free, protective environment – in short, what we call “quantum-state quality.”

Unfortunately, with today’s widespread pollution of the air, water and soil in the U.S., nutrients that have been grown at their ideal resonant frequencies are rare. In fact, in our independent research of over 5,000 sources of various nutrients, less than 1% of all nutrients (including plants, herbs, microflora, etc.) grown in the U.S. meet our criteria for achieving their ideal resonant frequencies.

After struggling to define natural vs. synthetic, we can now understand the difference between these two sources of nutrition. If natural-source nutrients are of quantum quality (i.e. exquisitely well grown and without toxic tagalongs), then the cell is able to absorb both physical nutrients as well as the nutrient’s resonant frequencies. The cell can function at its optimal frequency and thus, live longer. In fact, the ONLY source that can allow the cell to achieve its ideal resonant frequency are natural-source, quantum quality nutrients.

A landmark study published in the Journal of the American Nutraceutical Association (JANA, winter, 1999) showed only 5 of 196 nutritional products randomly tested from health food stores proved to be both nontoxic and effective. The study found the other 191 products or about 97½% to be either toxic, ineffective or both. Using this random study, this translates to a shocking, estimated 2½% of nutritional products available in the marketplace that are worth buying at all (in other words, are able to meet a somewhat relaxed criteria of being both nontoxic and effective).

The Hopes and the Hypes

Many practitioners who use nutritional products may have experienced some initial benefits for themselves or their patients with certain products, only to find later, that these same products simply do not live up to the magnificent results so often quoted in the scientific literature. So many become resigned to the “at least it’s better than nothing” attitude regarding nutritional products, never realizing that true, quantum quality nutrients are available in product form which have been proven to achieve the Quantum Nutrition Effect.

Many nutritional products manufactured today do NOT incorporate the discoveries regarding cellular resonance and the Quantum Nutrition Effect. Although the initial effect of taking these products might appear somewhat beneficial, over time as they continue to be used, they may actually impede the body’s overall health due to their ineffective nature and/or toxic tagalongs, unbeknownst to practitioner or patient.